Looking for a business? Search Yelp.com or go to Yelp for Business Owners
Yelp

How can we help?


What is the Yelp Audience Network?

For example, if someone searches for "plumbers" on Yelp, they might see a Yelp Ad for plumbers when they check news websites later that day.

Clicks on ads shown on the Yelp Audience Network will send people to your business’s Yelp page.

If you receive billable clicks through the Yelp Audience Network program, you’ll see an updated dropdown in the Historical Metrics page of your Ads dashboard. Ad Impressions and Clicks from third-party sites can be viewed by selecting the Yelp Ad Network option. 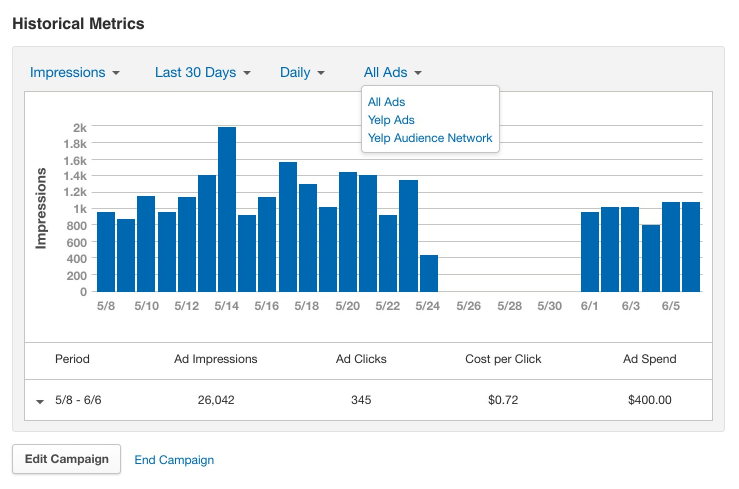 and related marks are registered trademarks of Yelp.